When did you see a wire behind a fighting hero? Install a wireless fighting board now!

The PS4+ Audio & Wireless fighting board supports to be used wired or wirelessly on PS4/PS3/NS/PC, it also supports LED, 3DVR, touch key and audio(PS4 only) function.

Note: The default is in PS4 mode if the designated button is not hold down upon plug-in, and it can be simply connected to PC without pressing any button.

Wireless use
PS3/PS4/NS: Wired used for the first time. For wireless use in the future, press the PS key, the board will reconnect with the console.

PC: Hold down SHARE, then hold down PS Key for 2 seconds. If you have installed Player LED, then you’ll see the LED intermittently flash, which shows the board has entered wireless pairing mode. At the moment, you should see « Wireless Controller« in your Bluetooth device list to pair.

Battery and Charge
To fulfill the wireless use function, a battery is needed, and you can choose PS3/PS4 official controller’s battery for the PS4+ Audio & Wireless fighting board. When the battery is charging without connecting the board to console, you would see breathing light on player LED.

*Don't forget to make sure the insertion of battery is correct. 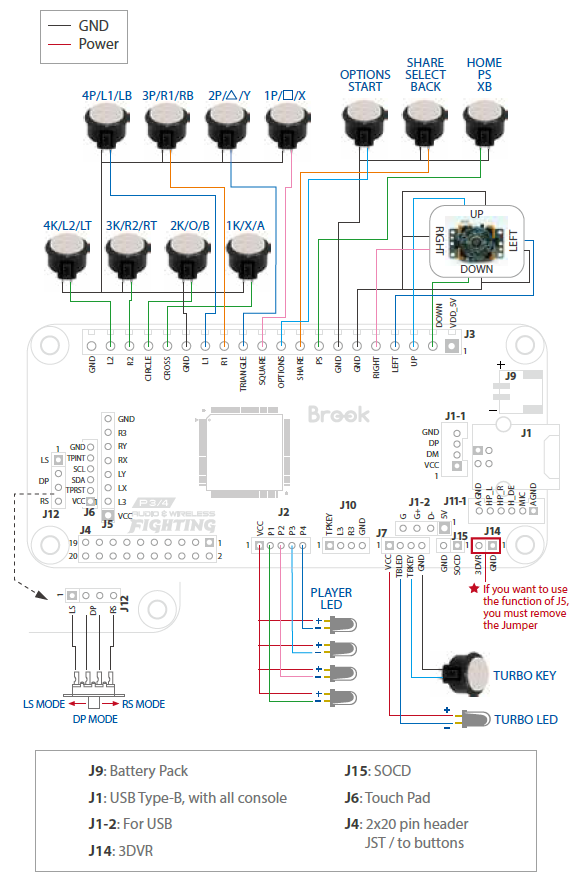 How to Switch Between LS / RS / DP Mode: 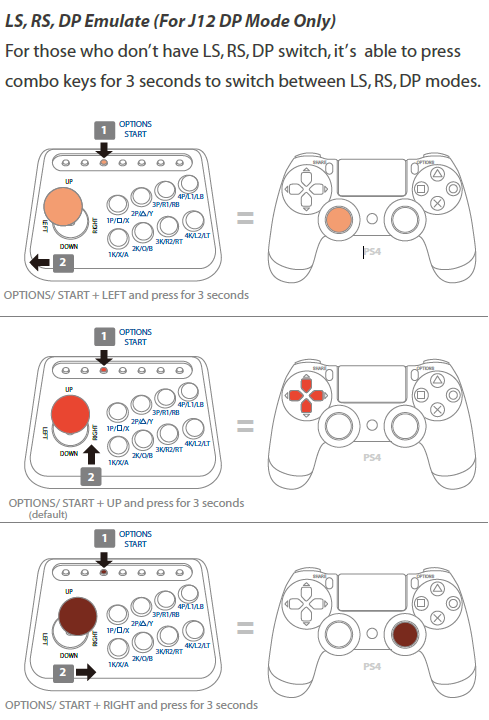 Tournament Mode (Wired)
While connecting your USB cable, holding down 3P in conjunction with the keys listed below will disable wireless mode:
1P for PS3
2P for PS4
1K for SWITCH
2K for PC(XID)

While in this mode, the WFB will remain in Tournament Mode and will no longer connect wirelessly to consoles when pressing the PS/Home.

To return to standard Wireless functionality, hold down the following keys while connecting your USB cable to your console:
1P for PS3
2P for PS4
1K for SWITCH
2K for PC(XID) 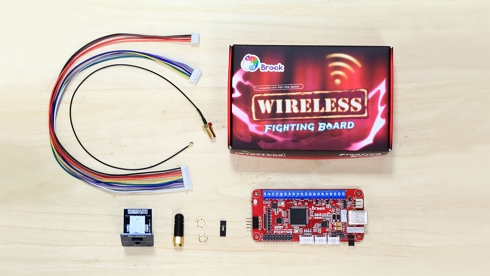 The Brook PS4+ Audio Fighting Board PCB is compatible with PS4, PS3, and PC. This PS4+ Audio Univers

PS3/PS4 Fighting Board Plus  "Power up your fighting stick; Ready for the next victory" The Br

No power-off when duel with overlord. Supports over 8 hours of use and is the best accessory for PS4

PS3/PS4 Fighting Board Plus  "Power up your fighting stick; Ready for the next victory" The Br

The Brook PS4+ Audio Fighting Board PCB is compatible with PS4, PS3, and PC. This PS4+ Audio Univers

The Sanwa OBSF-30 is a 30mm snap-in style arcade button and features a built in microswitch with 2.8

The Sanwa OBSF-24 is a 24mm snap-in style arcade button with built in microswitch, which has 2.8mm t

The Sanwa JLF-TP-8YT is a high quality joystick, manufactured in Japan by Sanwa Denshi Co. This is t