Product features:
* 64 LED channels with 256 brightness levels for full RGB color mixing
* NEW FEATURE! Can be set to flash any or all LEDs at one of 3 rates, without PC control.
* Can be used with single-color or RGB LEDs (RGB use 3 channels)
* Constant current negates the need for resistors for each LED
* Can be used with LEDs with inbuilt resistors if required
* 128-command flash storage for “attract-mode” sequences which run immediately on power-up with no PC present
* Supports single-command fades with preset speed on-board. Multiple fades can overlap
* Comes with power cable for plugging into a PC disk drive power connector, and USB cable
* User-assigned IDs allow multiple boards to be connected
* Extensive software support including test application, Software Development kit for adding support to your own programs, and LedBlinky third-party software
* Compact modular connectivity. Our Ultralux RGB pushbuttons simply plug in. Other harnesses and connectors available. 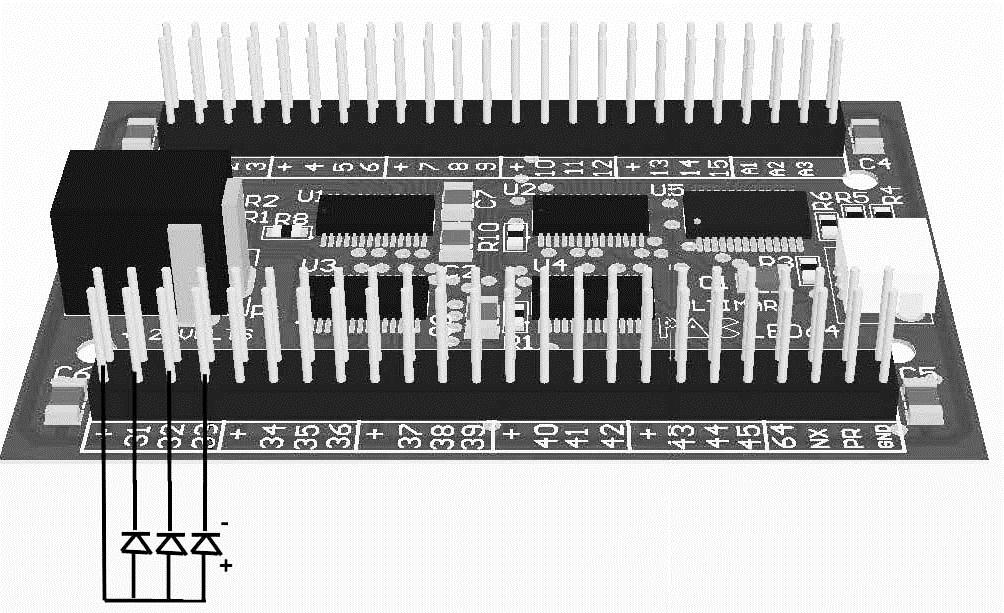 Note: If using Classic Style Translucent RGB arcade buttons (available in our shop), no additional connectors nor wiring is required other than the supplied built-in wiring and connectors.
The pins labeled A1-A6, PR, NX and GND are for future customized OEM versions of the board and are not used in the standard version.

The 10 Pack Of Extension Wires With Crimp Connectors (6.3mm for most bulb holder terminals) are suitable for connecting single colour LEDs to the PacLED64 board. 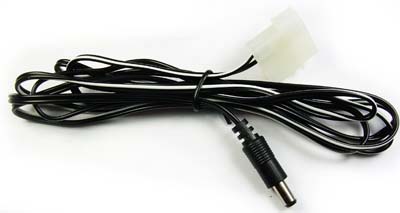 The PacLED64 is supplied with a power cable which plugs onto a spare PC power supply hard drive power connector.

Also, connect the USB cable to a USB port on the PC.

Power-on:
When you power on the PC, the board will immediately run a script which is pre-loaded in flash. If you have overwritten this with your own script, this will run. The pre-loaded script causes all LEDs to sequence in a fade up/down “wave” from 1 to 64. Scripts are repeated continuously.
When a command is sent by the PC via USB, the script stops running and the command is processed. The script is then not run again until the next power-on.

This app is used for the following:
* Testing LEDs and connections by turning LEDs on/off or setting to a specified brightness.
* Creating simple “attract mode” scripts and storing in the on-board flash ROM
* Assigning an ID to board, when using more than one board 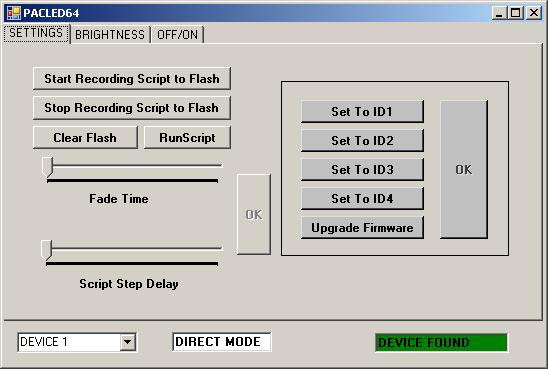 Start/Stop/Run Script
When clicked, all subsequent commands will be stored in on-board flash. Next time the board is powered on, the script will run and loop forever until a command is sent from the host via USB.
Clicking “Stop Recording” will end the script storage.

Clear Flash
This will cause any stored script to be deleted, so on next power-on, nothing will happen until the host sends commands via USB.

Fade Time
This adjusts the time taken to perform a fade. A fade occurs whenever the state of a LED changes, ie its brightness is changed or switched off/on. This setting affects all subsequent state changes. This can be stored in scripts.

Script Step Delay
This adjusts the time interval when scripts are being executed. This can be stored in a script. This is not relevant when sending direct commands from the host. 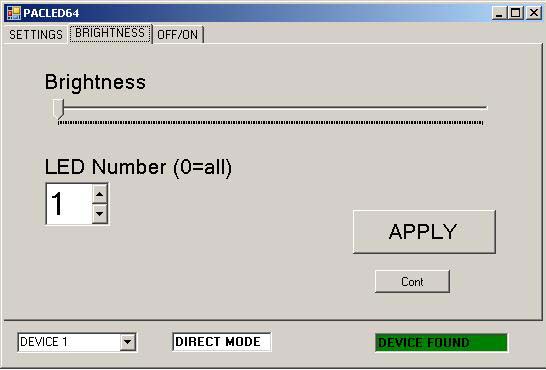 On this screen, the brightness of any of the 64 LEDs can be set. The command is executed immediately by the board, and if you are storing a script, is also added to the script.
On the latest version (requires latest firmware) the LED(s) can also be set to flash at one of 3 rates on this screen. 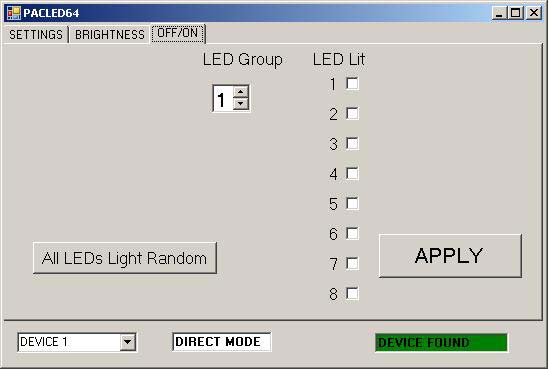 On this screen, a group of 8 LEDs is set to a pattern. The LEDs are either fully off or fully on. There are 8 groups of 8 LEDs. Also, all LEDs can be set to a random pattern.
The command is executed immediately by the board, and if you are storing a script, is also added to the script.

Controlling LEDs from your own programs
An SDK is available which includes a DLL to provide an API to enable LED control in your programs. The SDK includes the DLL, plus example source code showing its use. A test program for checking operation of the DLL is also included.

This SDK is available here